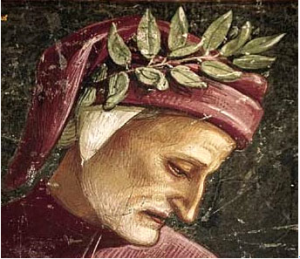 (1) Our 2011 conference: finalize theme(s), apply for funding, etc.
(2) Interfacing with the Medieval Studies Program, with other programs and with UBC depts.
(3) Research Presentation: Daniela Boccassini, first version of a paper on Dante and Attar (a.k.a. Abū Hamīd bin Abū Bakr Ibrāhīm or Farīd ud-Dīn).
(4) Sharing of any important recent publications or upcoming events of interest.

The abstract for item 3 follows herewith:

What is desire for Dante, where does it come from, and where does it lead? This paper seeks an answer to these questions by way of a comparative reading of some of Dante’s most compelling passages on desire and excerpts from The Conference of the Birds by Farid-ad-din ‘Attâr, a 12th century Sufi epic centered on the theme of desire, understood as the awakening of the soul to the existential urgency of a transmutative journey to the beyond.

Eschewing the controversial issue of Dante’s “Islamic sources”, this comparative reading aims at reaching a clearer understanding of Dante’s notion of desire in the larger cultural context of the “medieval” rediscovery — and refashioning — of Aristotle’s physics and metaphysics across the Mediterranean.

Although textual evidence indicates that Dante did embrace the Aristotelian concept of the sensitive appetites as a valid interpretive key to human behavior in an immanent perspective, it is equally clear that such a concept proved inadequate when it came to (re)placing human behavior within the transcendent unity to which it belongs. Indeed, it is precisely the nostalgic response to a call uttered from “elsewhere” — a response that awakens the totality of the soul to itself through and beyond the realm of the senses — which defines for Dante the notion of desire as both encompassing and obliterating all sensitive appetites. Here lies the reason for Dante’s choice of a Florentine woman and a pagan poet as awakeners of desire, as guides in the journey of the soul’s return, from exile to reintegration.

While the choice of these unconventional guides — and the wayfarer’s response to their call in terms of all-encompassing desire — have caused Dante’s narrative of salvation to remain a unique poetic event in the Christian West, his understanding of desire as a transmutative, salvific awakening can be inscribed in a larger context, if we care to look across the Mediterranean. In 10th century Islam, Avicenna transposed his illuminative gnoseology in symbolic narratives centered on the encounter of the soul with the celestial guide as the means of inner conversion, the arousing of desire in a transcendental, cosmological perspective. Less than two centuries later, ‘Attâr’s Conference of the Birds came to stand as the crowning achievement of the genre, and can thus be safely regarded as the Commedia’s counterpart in the domain of Islamic visionary literature.

The mirroring effect that these two narratives have on each other, most notably on the issue of the nature and workings of desire, should help us better understand, and better contextualize, Dante’s poetic/prophetic claim that there can be no salvation without self-realization. As a matter of fact, this is where desire ultimately leads the soul — to the experiential understanding of the self as no-self, hence to a visionary recognition of the soul’s essential infinity through and by way of its finitude, which was heeded all along by its very longing. 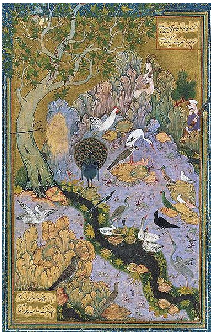